With the Acquisition Analysis, the client was able to:

Talk to an expert

With the Acquisition Analysis from Kalibrate, 39 markets were consolidated into one database, representing 46% of the total outlets and 58% of the total volume for that country. The analysis consisted of three different phases: Pre-Consolidation, Overlap, and Post-Consolidation.

Candidates for acquisition were prioritized so that the best candidates could be further investigated. Kalibrate’s proprietary statistical formulations were used to simulate the rebranding of the seven different brands to that of the client brand. Each scenario resulted in a report of projected impact on the client’s market share. Each brand was ranked in terms of its acquisition attractiveness to the client, based on the new total volume. The overall purpose of this phase was to prioritize the brands so that the best candidates could be further evaluated in subsequent phases.

This phase determined the number of acquisition-candidate outlets located within ½ mile, 1 mile, 2 miles, and 3 miles of existing client outlets. Brands that interfered least with the client’s existing network and that also provided an attractive incremental volume gain were identified.

Kalibrate identified the “look” of the retail environment after the industry closed low-volume, small-lot outlets, and the clienteliminated outlets that would be interfering with one another if the proposed acquisition occurred. A set of rules was developed that were applied to the marketplace through a proprietary spatial interaction model. The rules identified the site characteristics for the industry closure scenario and for determining which overlap sites to divest.

The rule base was also used to simulate changes to facilities, pricing postures, and merchandising practices for those acquisition candidates. The results provided the client with before and after acquisition data on total volume, market share, outlet share, and market effectiveness.

Kalibrate’s Acquisition Analysis identified Brand B as the candidate that would yield the optimal market share and market effectiveness when combined with the client’s existing network. The client completed its due diligence and completed a multi-country acquisition of the recommended best candidate. 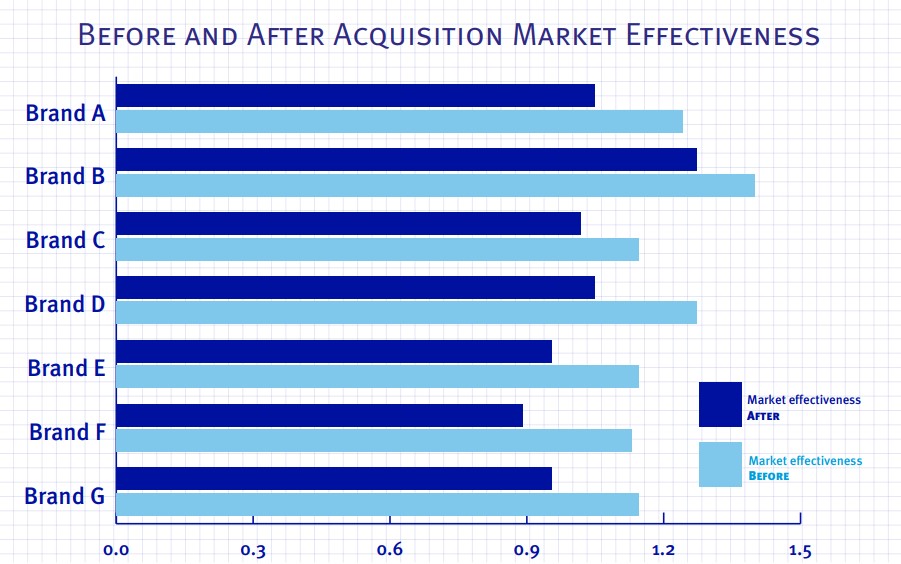 Cumberland Farms: Pointing the way to even better

RPF Oil Company do their homework before investing in new sites

Ready to start your journey to better decisions?

Complete the form and a member of the team will be in touch to discuss your organization's requirements.
Contact