The kids are alright – aren’t they? Examining U.S. birth rates

What's happening with birth rates in first-world countries, and what is the impact on different retail concepts? Dave Huntoon explores the data and ventures some views on what it all means.

While population growth has been a near constant throughout recent history, in recent years the U.S. and other developed countries are seeing that once certainty thrown into doubt. For the purposes of this piece, our interest is in why this is happening and the potential impacts across retail concepts.

The United States has enjoyed steady population growth throughout its history, from the first Census of Population conducted in 1790 to the present. Ongoing population increases have been a constant for decades, which has been a major contributing factor in U.S. economic growth. 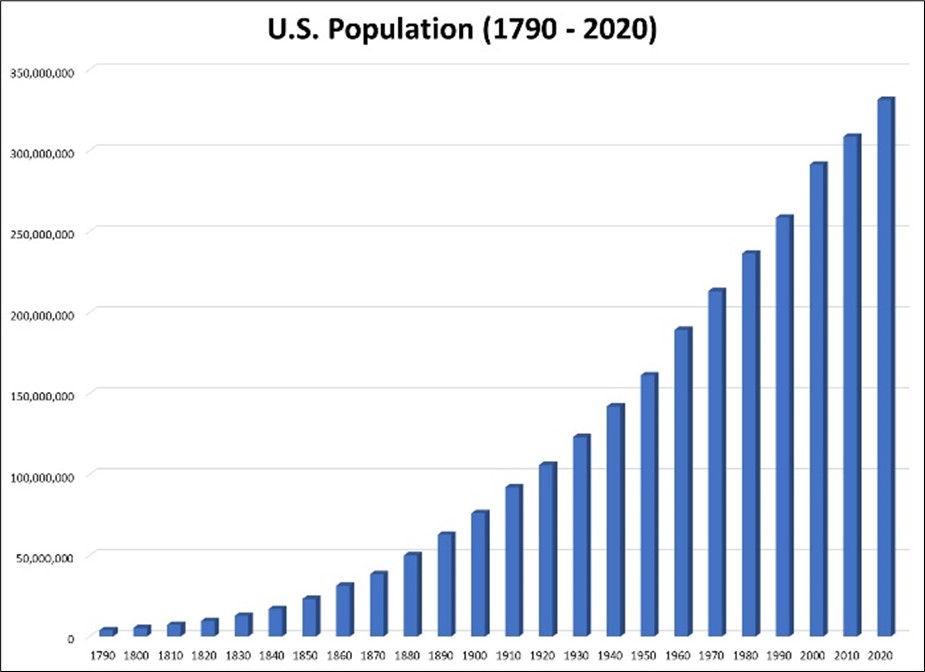 The rate of growth has slowed over time, from 20%+ every decade through the late 1800s to high single digits today. However, the absolute increase in the U.S. population base continues to be strong, accounting for at least 20 million new people every decade over the past 60 years. 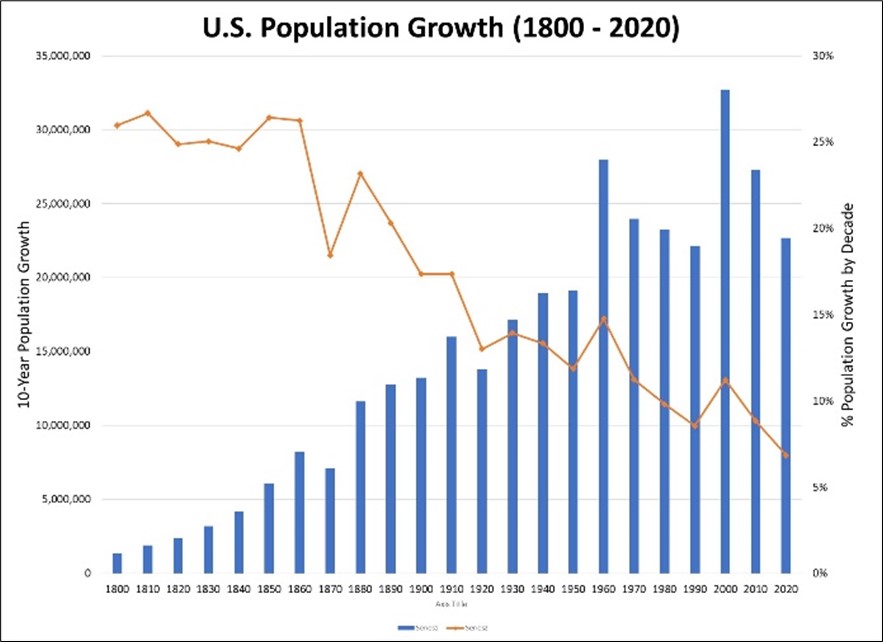 There is, however, one major change that has taken place in recent years – the decline in the number of newborns. The following graph shows the proportion of total U.S. population by age range in 2021: 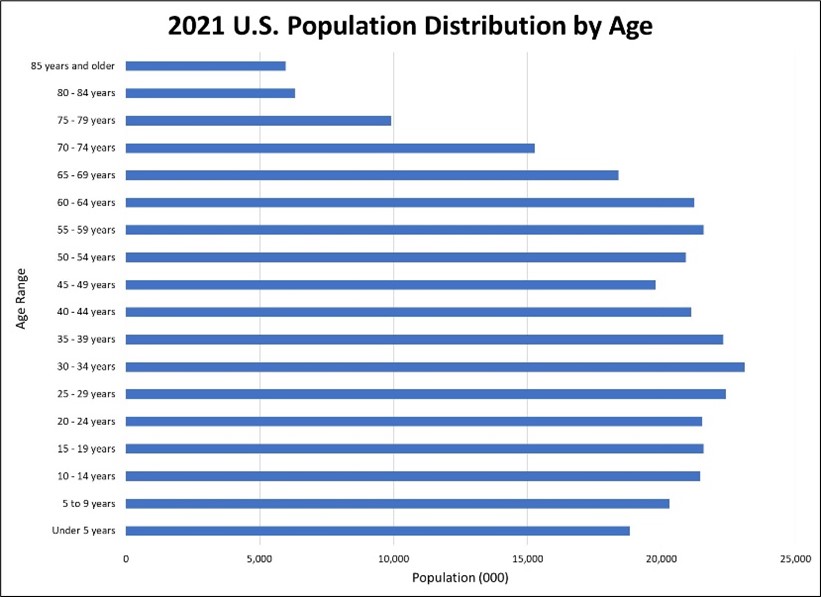 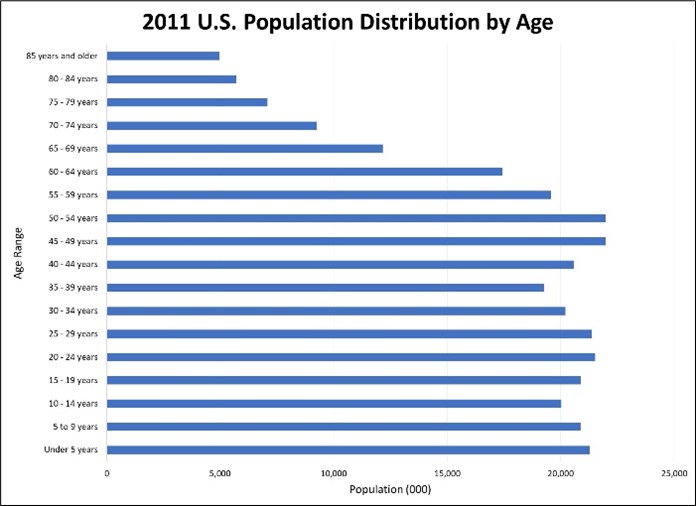 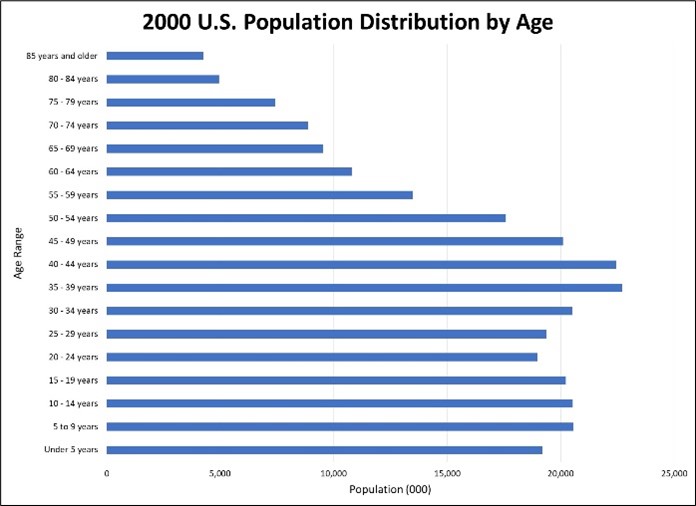 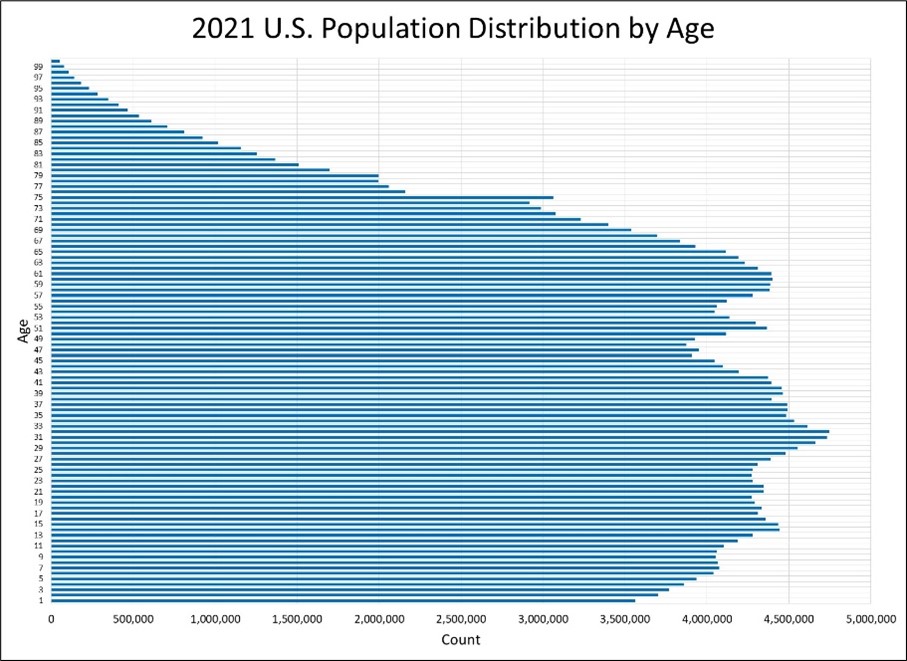 Four questions immediately come to mind when assessing this: why is this happening, will it reverse itself, is it happening elsewhere, and what are the implications for the economy?

Why is this happening?

There are a number of researchers who have delved into the issues underlying this decline in newborns. In a Winter 2022 article in the Journal of Economic Perspectives¹, Melissa S. Kearney Phillip B. Levine, and Luke Pardue, three researchers from the University of Maryland and Wellesley College, conducted a deep dive into the factors that may be responsible for a declining birth rate:

The COVID-19 pandemic may certainly have impacted birth rates beginning in December 2020 (nine months after the initial lockdowns), but the declines were well established before the first news came out of Wuhan. Kearney, Levine, and Pardue suggest that shifting priorities (individual autonomy, decoupling of marriage and childbearing, rise in childlessness, and establishment of a two-child norm for women having children) may instead be responsible for the decline in births.

Will this reverse itself?

The simple answer is: nobody knows for sure. To the extent that the decline is attributable to the shifting priorities referenced above, it seems unlikely that there will be a sea change in the near future. The only factor that could have a discernible impact on birth rates would be immigration – enabling more young families and couples into the U.S. Given the politically fraught nature of any attempted immigration reform, this seems unlikely as well. As such, it would appear prudent to assume that lower birth rates are here to stay for the foreseeable future.

Is this happening in other countries?

Overall, current trends in the U.S. are similar to those of other first-world countries. Canada, France, the United Kingdom, and especially Italy, are all experiencing significant declines in the number of newborns over the past few years: 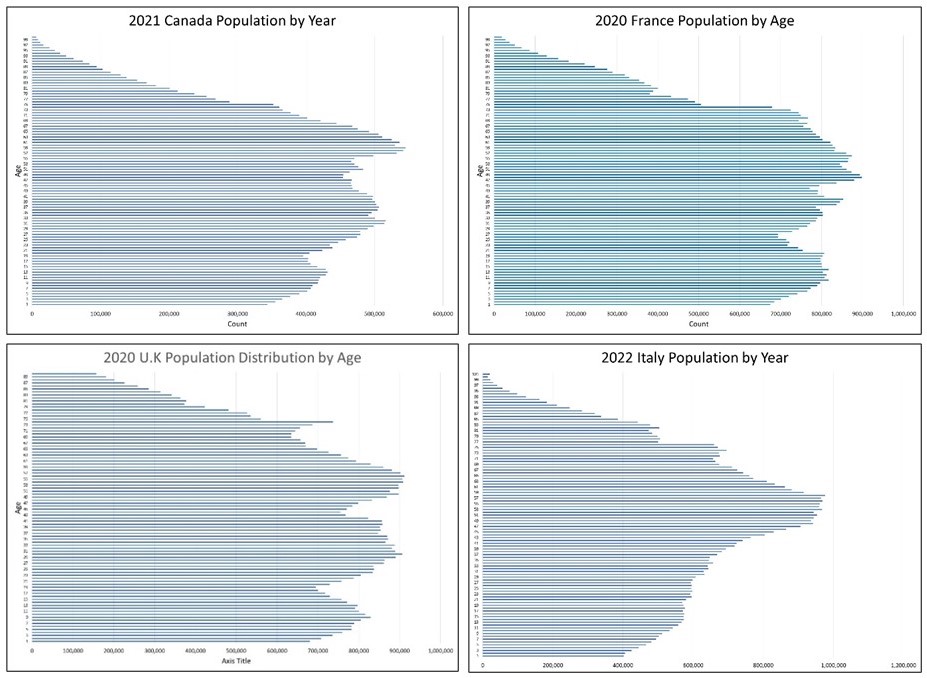 Germany is an interesting exception to the rule – Germany has actually experienced increases in birth rates over the past 10 years relative to earlier time periods. 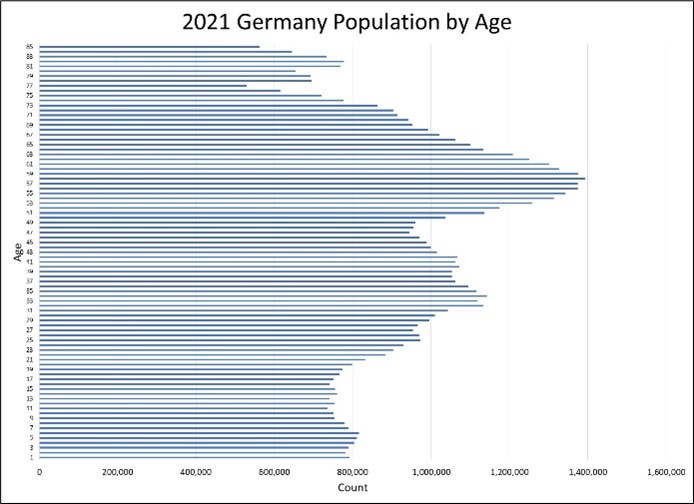 How will this impact the economy?

It is beyond the economic expertise of this author to quantify the overall impact on the U.S. economy that may accrue from this decline in birth rates (such as the ability of a smaller working population to support increased healthcare and retirement program costs). As such, we have limited our observations to the retail, restaurant, and services clients which Kalibrate has experience working with.

One point that should be emphasized, however, is that an overall national reduction in birth rates does not mean that all areas will have a reduced number of newborns. Growth areas in the U.S., particularly in areas with housing appealing to young couples (such as Prosper, Texas or St. Cloud, Florida), will still be experiencing increased birth rates and ongoing opportunities for expansion. Tracking growth areas will be a key focus for childcare centers.